St Mary's girls make it through to the Hampshire Games!

On Thursday 21st March, a group of 10 girls from St Mary’s, participated in the finals of the Basingstoke Schools 7 a side football tournament at the War Memorial Park.

The first game saw the girls come up against Bishopswood and we managed to come out of a fiercely competitive game with 1-0 victory.

The next two games saw the girls grow in confidence and self-belief with wins of 2-0 and 4-0. This excellent set of results ensured we finished top of our group, securing our place in the quarter finals.

A close fought match against Kempshott A team encouraged our girls to up their game with a win of 1-0. At this point the girls realised their chance of winning the tournament was in their grasp. Our supporters on the side line were invaluable in building up confidence, which encouraged the team throughout the afternoon.

We had a short wait before the semi-finals, as the other matches being played had gone to penalties. During this time the girls discussed tactics in preparation for the challenging game ahead. We came up against a strong St Marks team but true to form we persevered again winning 1-0.

With the final game imminent, pressure and excitement built up throughout our “one family team” Oakley girls proved to be the strongest we had come up against but a superb goal from Emma, team work in the midfield, wings and defence led us to become champions against excellent opposition.

It was a great day out and Isla, Bella, Emma, Avi, Mataya, Hannah, Liah, Kaitlyn, Poppy and Megan should be proud with how well they have played.  These girls will now represent Basingstoke and Deane at the Hampshire Games in June. 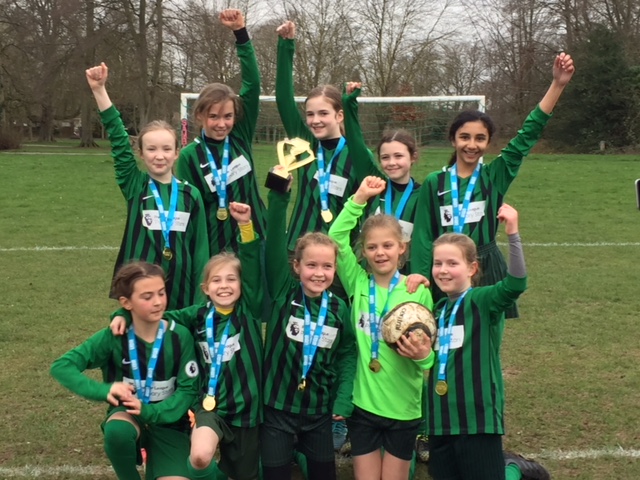