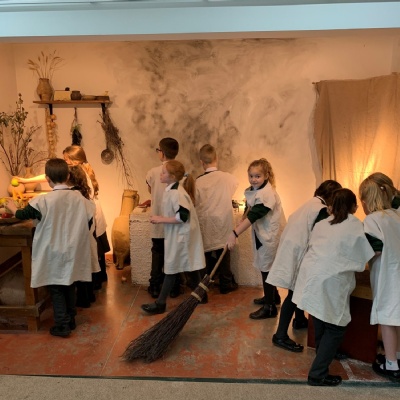 We enjoyed spending the day visiting the largest Roman Palace believed to have existed in Europe outside of Rome. Fishbourne Roman Palace is just outside of Chichester and the remains of the palace include incredible mosaics and beautiful replica gardens. The Year 3 children took part in workshops designed to help them be exploratory archaeologists; exploring Roman games, how they would have dressed, their writing, spinning wool and much more. They visited the mosaics and the museum and watched a film all about the discovery of the site and the ideas of who might have lived there. Our year 3 children were brilliantly behaved, asking plenty of questions and are now raring to start their new topic back at school. See our photo gallery, under Curriculum, for more photographs.