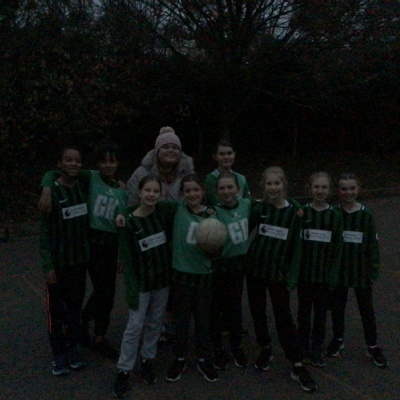 On Wednesday 24th November, the year 6 netball team had their first match of the Bee netball tournament. They had trained hard but were a little nervous ahead of their first game against Fairfields school. They needn't of worried though as they won the game 14-1!

We are very proud of how hard they have worked in preparation for the match and are already looking forward to our next match in January.