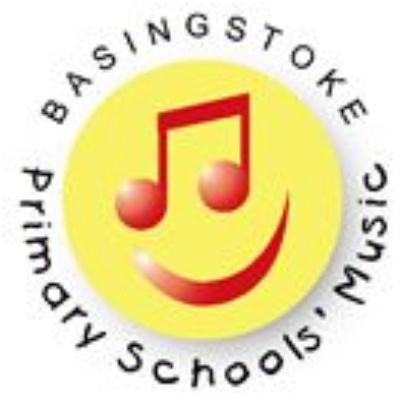 The (back to being) annual Basingstoke Primary Schools' Music (BPSM) Concert happened this week.

The School Orchestra and dancers from year 6 joined children from other local Basingstoke Schools to perform at the Anvil Theatre on Tuesday 21st and Wednesday 22nd June. The concert was entitled "Ocean Commotion" (composed by Debbie Campbell) and told the story of various marine characters through song and dance.

A trusting Bottlenose Dolphin goes off to play with the humans, despite warnings about fishing nets from cautious Porpoises. Meanwhile the aggressive Great White Shark is trying to find a good school to teach his brainless godson Hammerhead, how to avoid the dreaded hook. In their search they meet many colourful creatures, including Barnacles, Herrings and Tuna Fish, but none of their 'schools' are suitable.

When Bottlenose is captured and taken to a dolphinarium, the sea creatures rush to her rescue. Great White threatens to attack the humans but an intelligent Killer Whale and illusive Blue Whale advocate communication rather than force as the way to appeal to humans.

St Mary's Dancers entertained the 800 audience with their song called "Big Bad Lad of the Ocean". This was a jazzy number with some superb footwork and great timing.

The Orchestra played throughout the concert including some well known pieces such as "Yellow Submarine" and "The Pirates of the Caribbean". Have a look at the photos below of our awesome orchestra!

Singers from all the schools performed beautifully and confidently, including some brilliant sign language.

The star of the show was "Sharky" who reminded the orchestra to play the repeated theme, The Great White Shark, lots of times and always off by heart.

One song, "Hitchin' a Ride" in particular was sung by a select choir with 2 children representing each school attending.

Congratulations go to Oscar for his wonderfully acted solo in "Ocean Commotion" and to Amy who sang a beautiful solo in "Strangers in the Sea".

Towards the end of the show, the message of the whole show was brought confidently to the audience by Tristan, Charlie and Lucas in their narrations.

"Not with fighting, not with war,

Just respecting our world of awe"

Thank you to everyone who helped support this amazing event, especially our fantastic instrumental teachers and the many helping parents and ex-pupils (who we are so proud of!).

Programmes are still on sale for £4 from Mrs Malone.  If parents would like to contribute £5 towards the T shirt, we are still accepting cash payments. BPSM does not make a profit and your contribution is much appreciated. 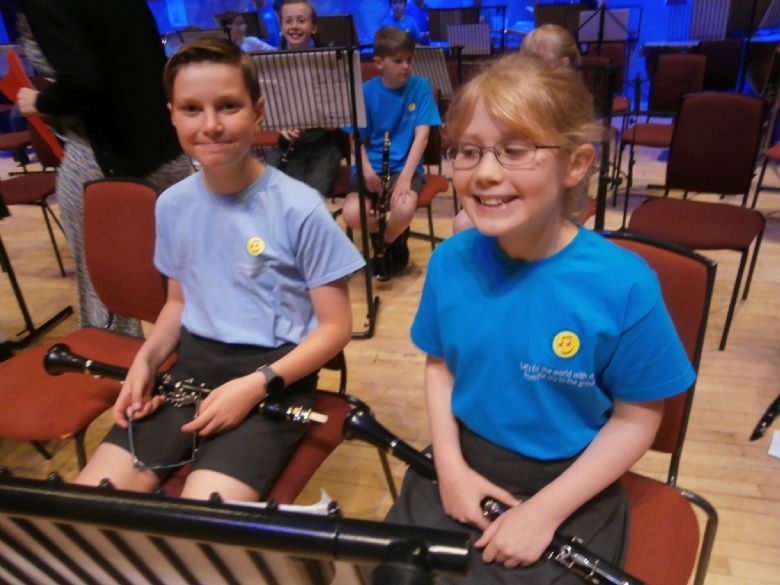 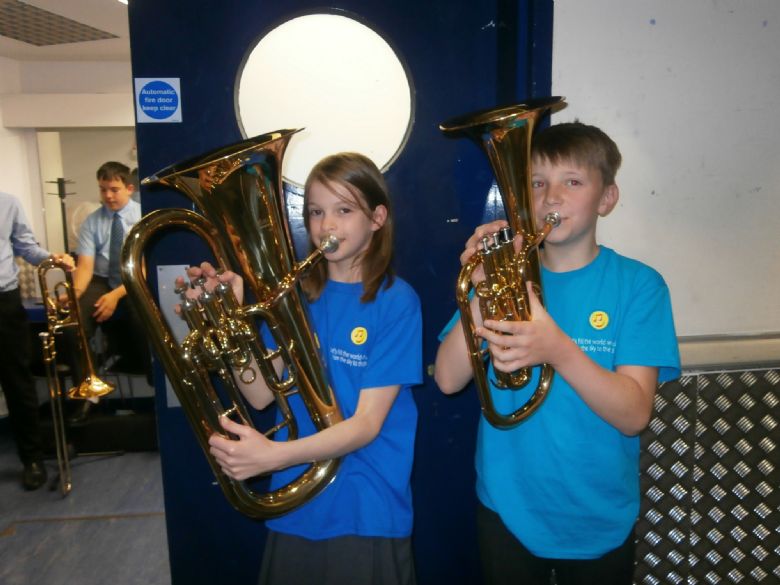 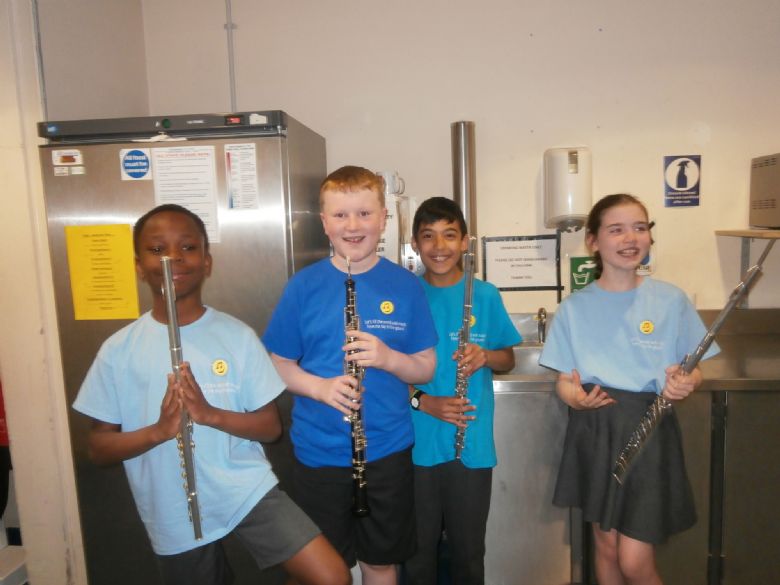 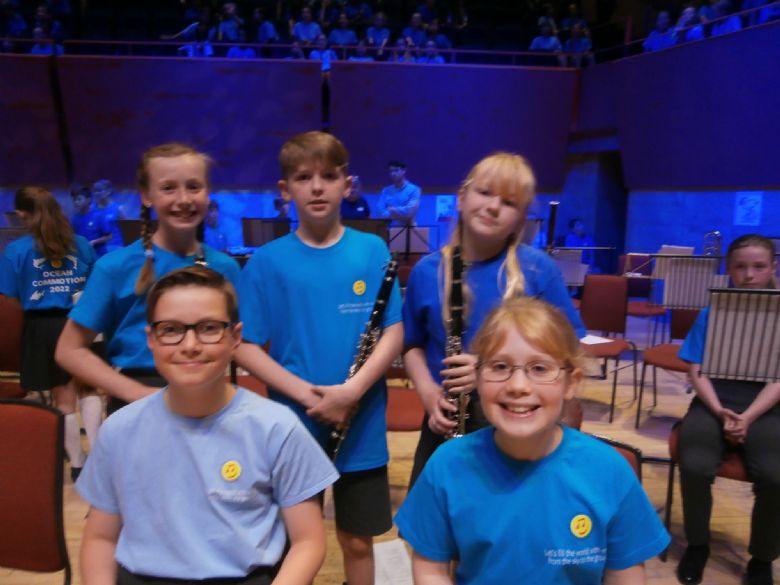 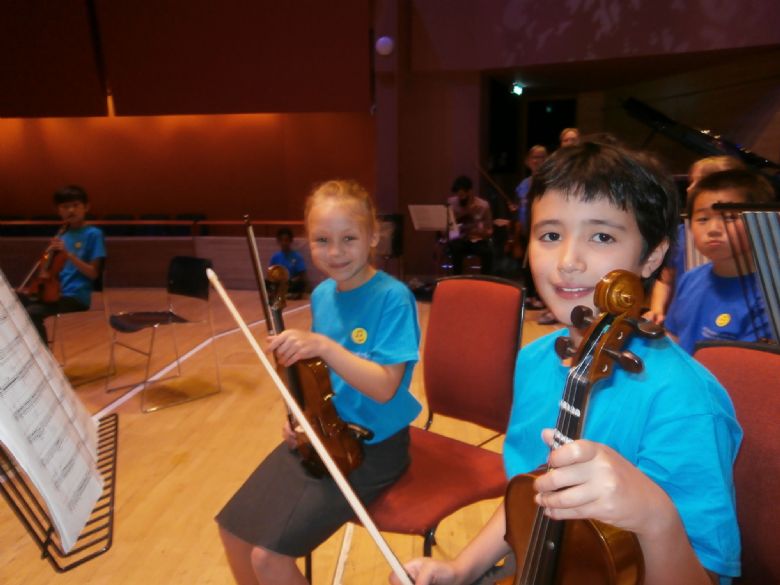 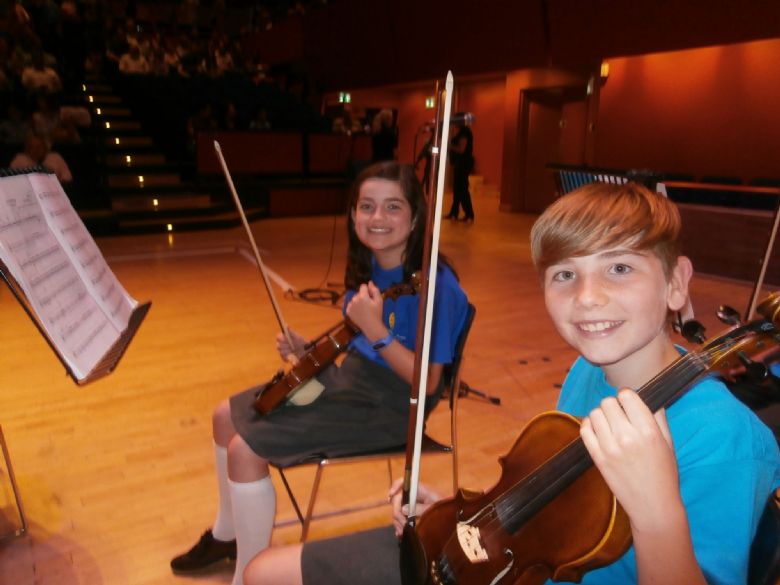 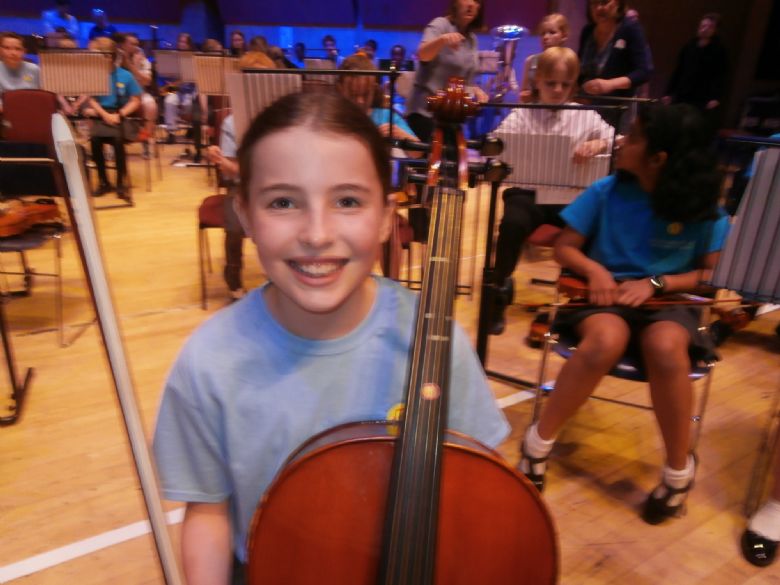 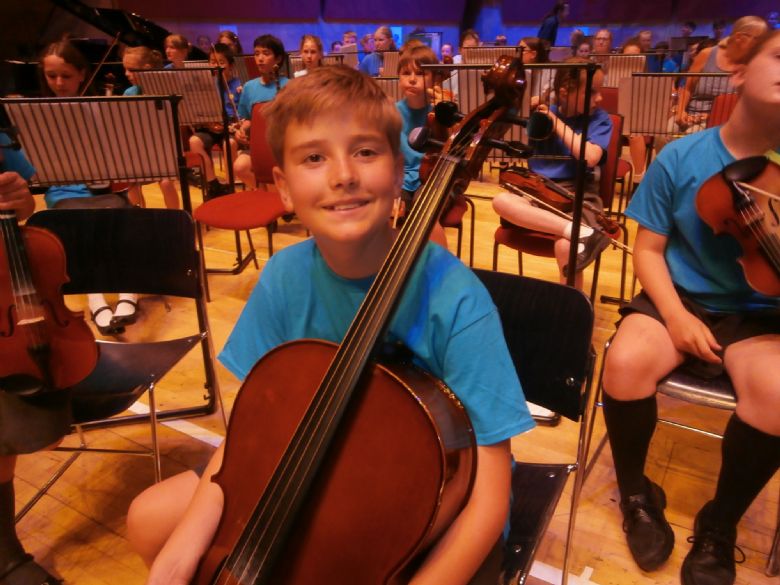 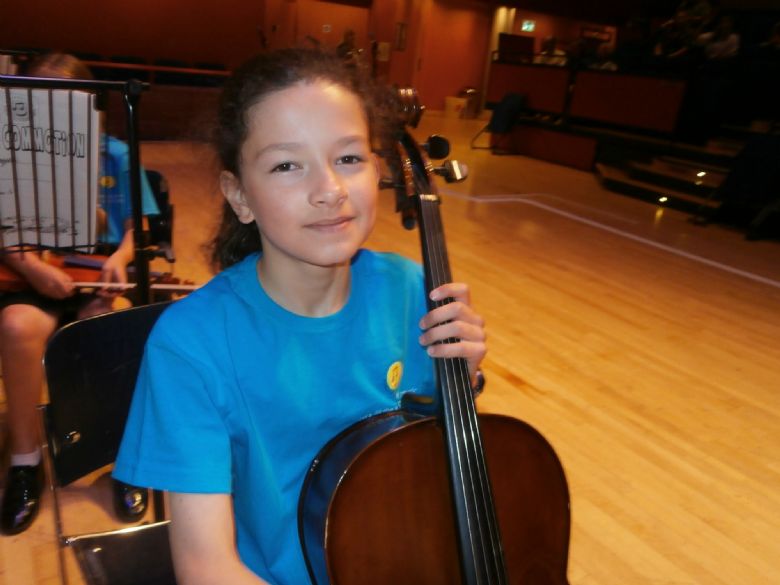 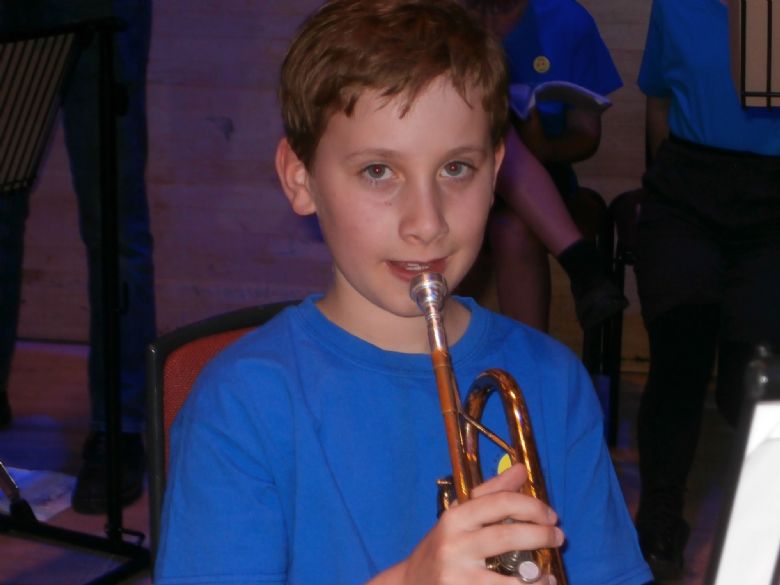 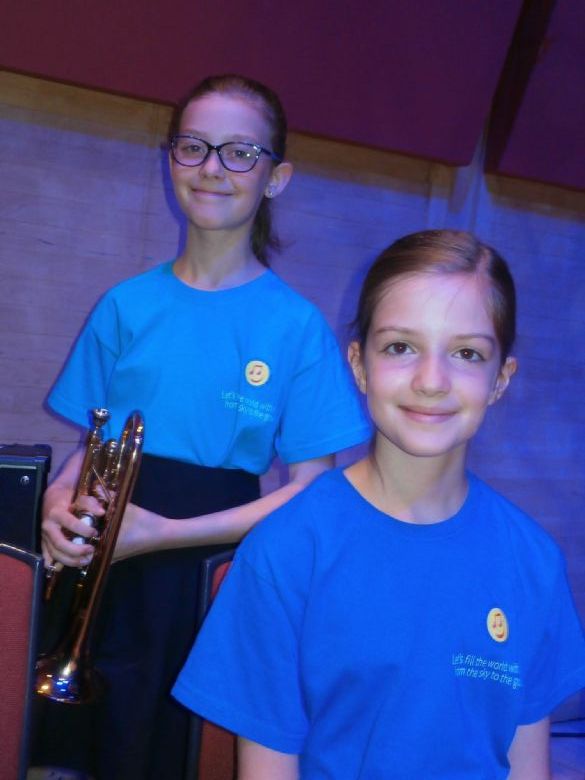 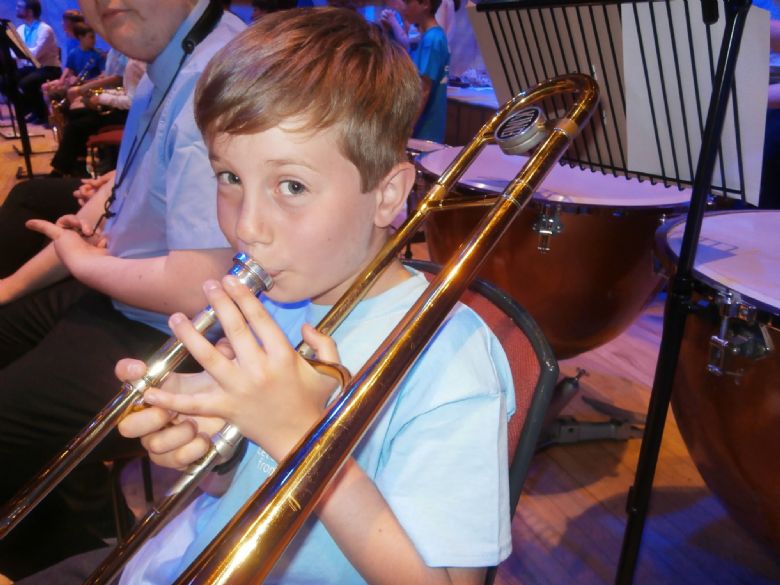 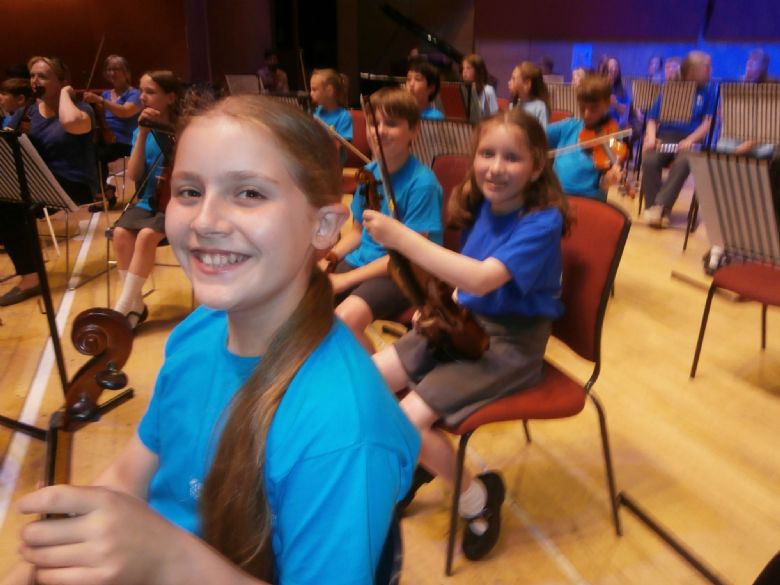 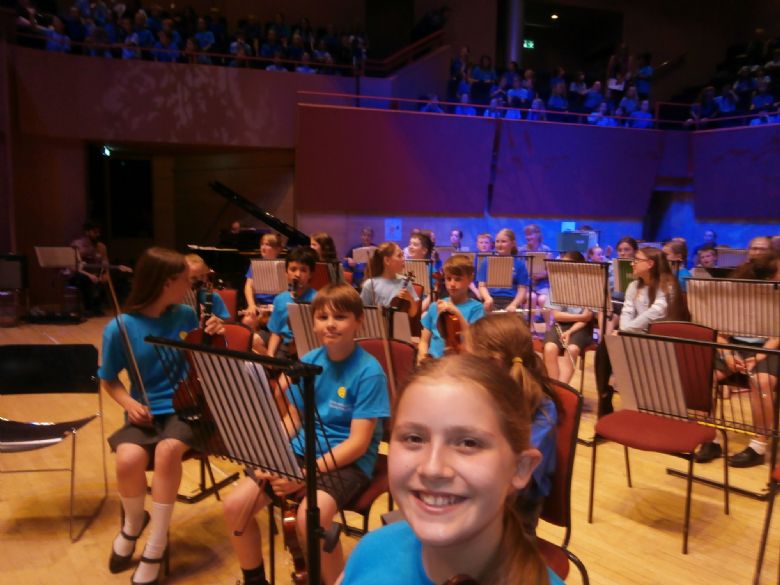 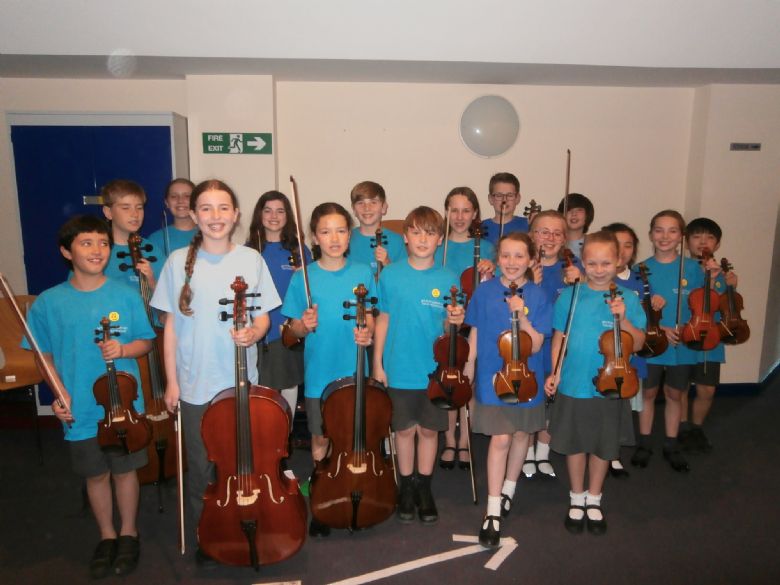 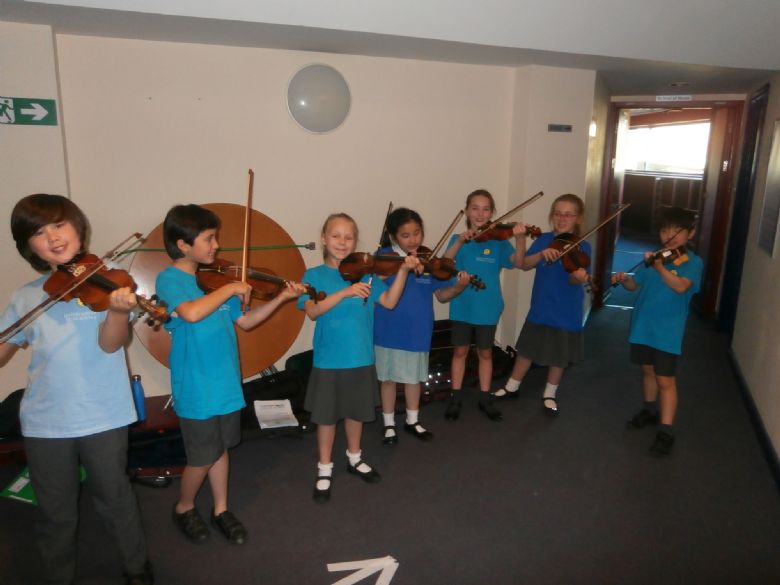 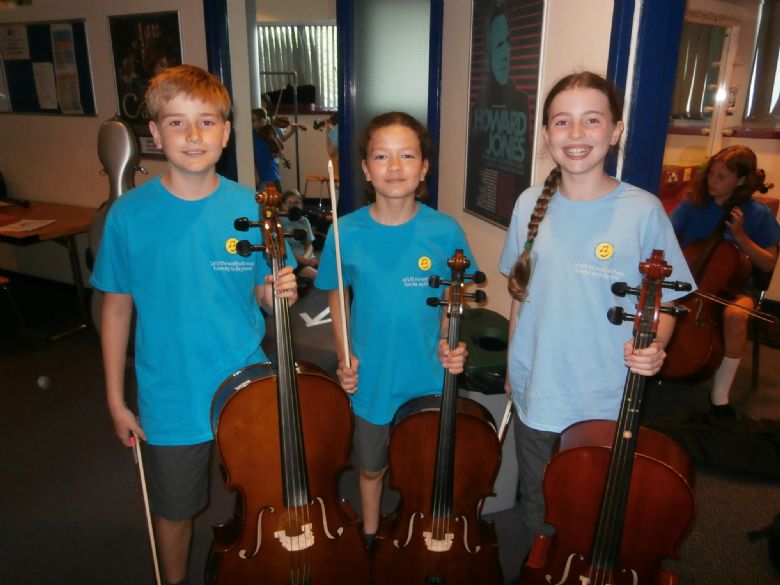 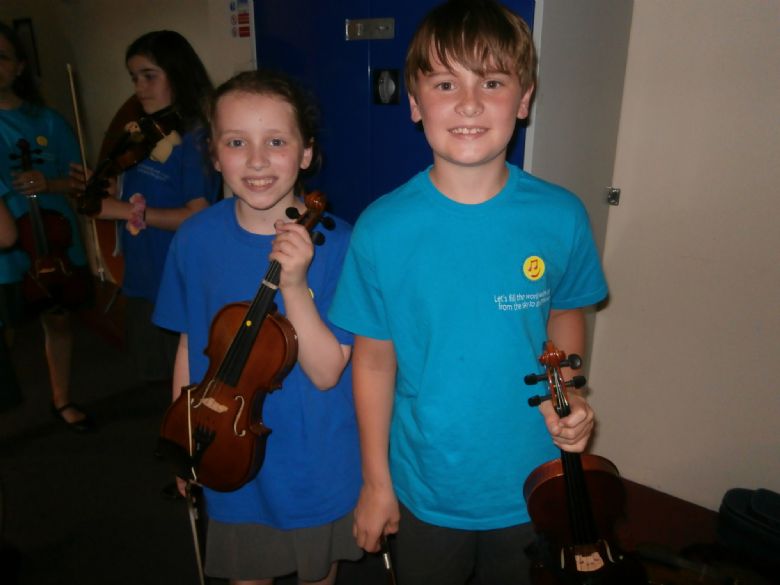 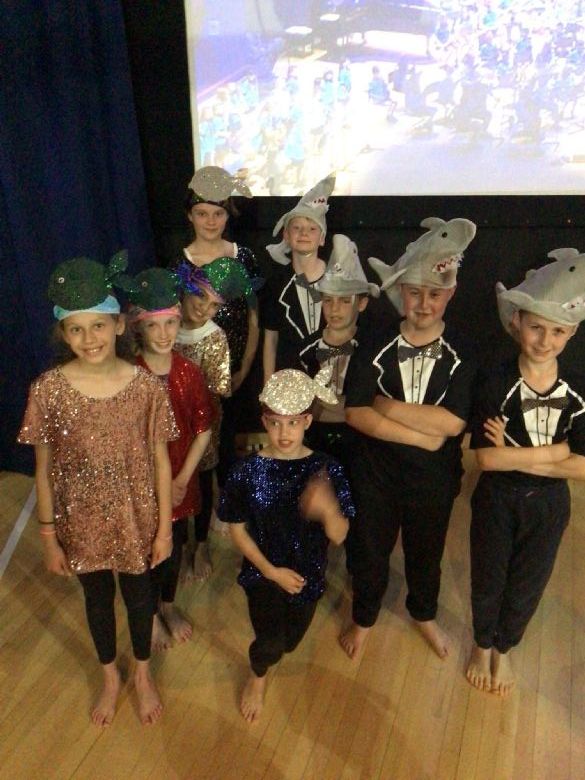 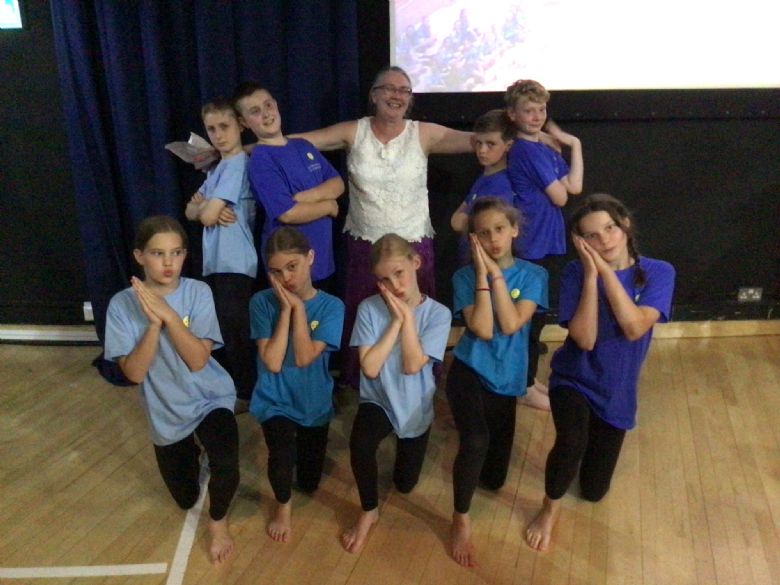